By Neil Sears And Paul Keogh For The Daily Mail

He used to drive a Rolls-Royce and played table tennis with Boris Johnson.

Now, Kam Babaee says he is so hard up he’s had to sell the luxury car and spends ‘very, very little’ in restaurants.

The property tycoon, 53, has been told he could face jail after claiming he is too poor to pay his ex-wife £10,000 a month in maintenance. Mr Babaee told a court he sold his £150,000 Rolls-Royce Phantom Drophead, and now drives an electric Tesla. He added: ‘I spend very, very little on eating out or going to bars – £500 a month. I have not been going to the cinema or the theatre, it’s Netflix mostly. I went to the cinema once, with my son.’ 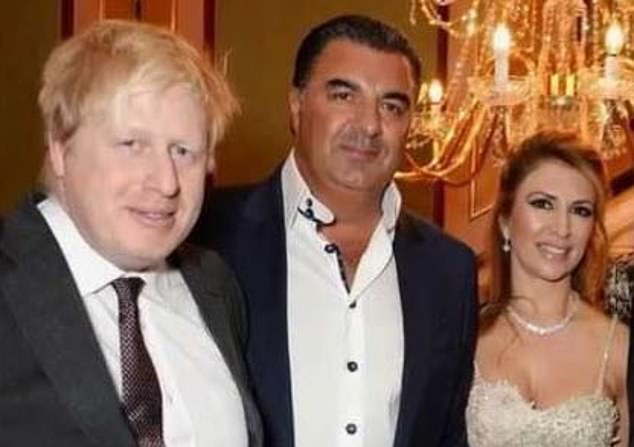 Property tycoon Kam Babaee pictured with Boris Johnson and ex-wife Roya Babaee. Mr Babaee challenged Mr Johnson to a game of ping-pong – of ‘whiff-whaff’, as the now Prime Minister once called it – when the politician visited his office in 2013

Asked whether he had been to his Savile Row tailor recently, he replied: ‘I have holes in a couple of my nice jumpers. My jumpers are £34.99 each.’

Ex-wife Roya Babaee. The judge ruled in favour of Mrs Babaee this week and said Mr Babaee was in contempt of court by failing to pay her £117,500 in back maintenance

The magnate, who developed some of London’s most expensive mansions, split from his wife Roya three years ago after admitting to an affair. The Iranian couple were married for 28 years and have three adult children.

With a £5million home in London, a holiday home in Cannes, and family fleet of luxury cars, the couple shared ample wealth. But they have been locked in a three-year legal battle that has, so far, run to 15 hearings at London’s High Court – and produced a legal bill of £2.2million.

This week, Mr Justice Cohen found Mr Babaee in contempt of court over his failure to honour an order made last year to pay his ex-wife £10,000 a month and cover her legal costs. Telling him to pay up or face being locked up, the judge noted he had managed to find enough cash for his three adult children, girlfriend and lawyers – as well as £3,000 which he spent on a weekend break.

Mr Babaee said he lost his Harrods black-tier status – granted for spending £10,000 a year – but admitted buying £1,500 of perfume and spending £700 on a jacket for his girlfriend.

Described by the judge as a ‘hard-headed’ businessman, Mr Babaee has made a fortune from companies including the K10 property group.

His projects have included work on a £32.5million Mayfair mansion and the renovation of ballerina Dame Margot Fonteyn’s former home – costing a reputed £75million. In 2010, he launched a property venture with Dragon’s Den star James Caan. He has also been pictured at events with Mr Johnson, whom he challenged to a game of ping-pong – of ‘whiff-whaff’, as the now Prime Minister once called it – when the politician visited his office in 2013.

Ruling in favour of his ex-wife this week, the judge said Mr Babaee was in contempt of court by failing to pay her £117,500 in back maintenance. 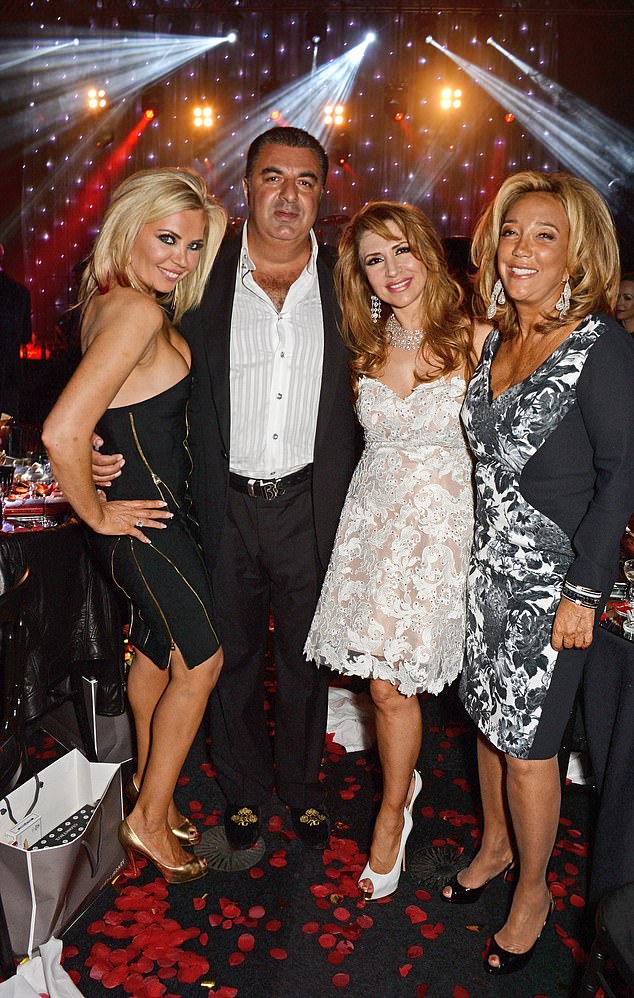 Under the terms of the court order from their divorce last year, Mrs Babaee will get £2million next year along with the proceeds from the sale of the former family home – an ex-vicarage in Hammersmith on the market for £5million.

The judge said Mr Babaee, who according to his wife is renting an apartment in Knightsbridge for £90,000 a year, also owes Mrs Babaee £500,000 towards her court costs. He adjourned sentencing.