Nigel Farage has today offered to prop up Boris Johnson in Downing Street ‘with a big majority’ as long as he commits to leaving the EU without a deal.

The Brexit Party chief’s offer comes amid growing pressure from Tory MPs for the Prime Minister to draw up a pact with the Eurosceptic hardliners if there is an Election before Britain leaves the EU.

Mr Farage made his offer in a full page advert in newspapers, including The Mail on Sunday. In a design similar to the successful Tory election posters of the 1980s, it depicts the two men facing each other.

Meanwhile, Farage has told The Sunday Times he stands ready to offer a ‘non-aggression pact’ to the PM that he predicted could win a 100-seat majority for the Tories and Brexit Party. 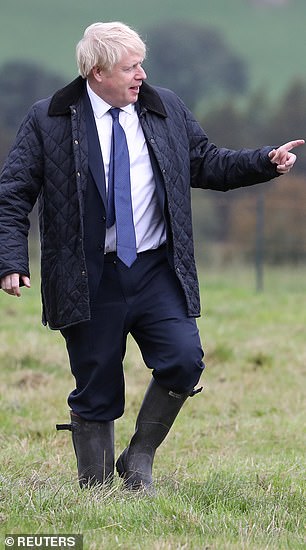 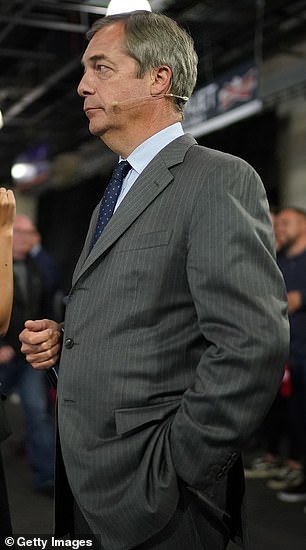 Mr Farage says ‘together we would be unstoppable’ and that the pair could ‘destroy Corbyn’s Labour’.

Either his party could stand down completely from contesting seats at a General Election, or step aside in marginals where they might split a Brexit vote and allow Labour in.

‘If we get an election, an alliance between Boris and myself done intelligently, with a clear message, I think we’ll be unstoppable, Farage said.

And Jeremy Hosking, a former Conservative donor who was the biggest individual contributor to the official Vote Leave campaign, told The Sunday Times Mr Johnson’s ‘mission is simply too ambitious for a single leap’ and urged him to enter in to a pact.

But last night No 10 sources poured cold water on any notion of a pact. A major roadblock would be the personal enmity between Mr Farage and Downing Street chief strategist Dominic Cummings. 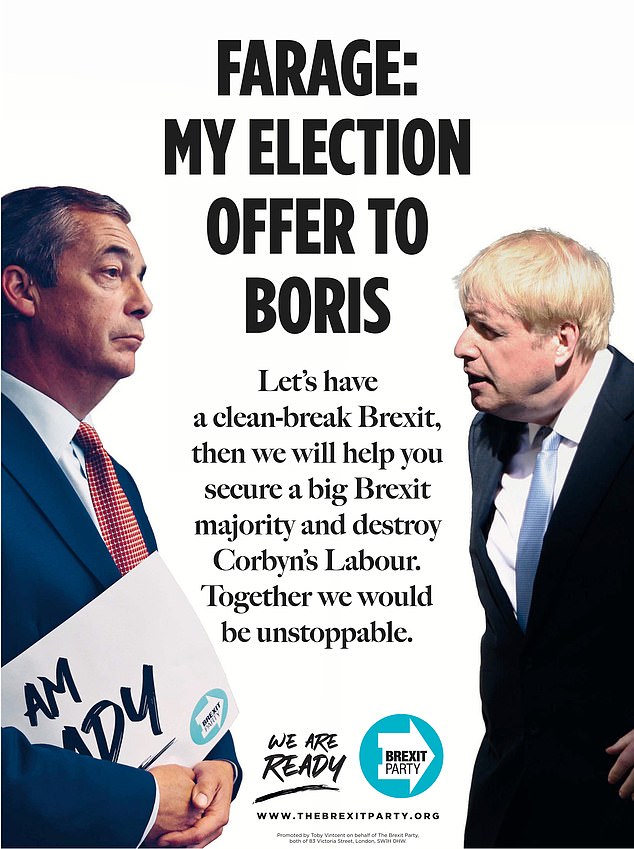 Together we would be unstoppable: Mr Farage’s offer to the Prime Minister ran in several newspapers including The Mail on Sunday

The pair clashed repeatedly during the 2016 referendum when Mr Cummings ran Vote Leave and refused to join forces with Mr Farage’s Leave.EU campaign.

Mr Cummings once claimed: ‘Farage and the idiots around him came within a whisker of losing us the referendum.’

And in July, Mr Farage said of Mr Cummings: ‘He thinks we’re all cretins. He has never liked me.’